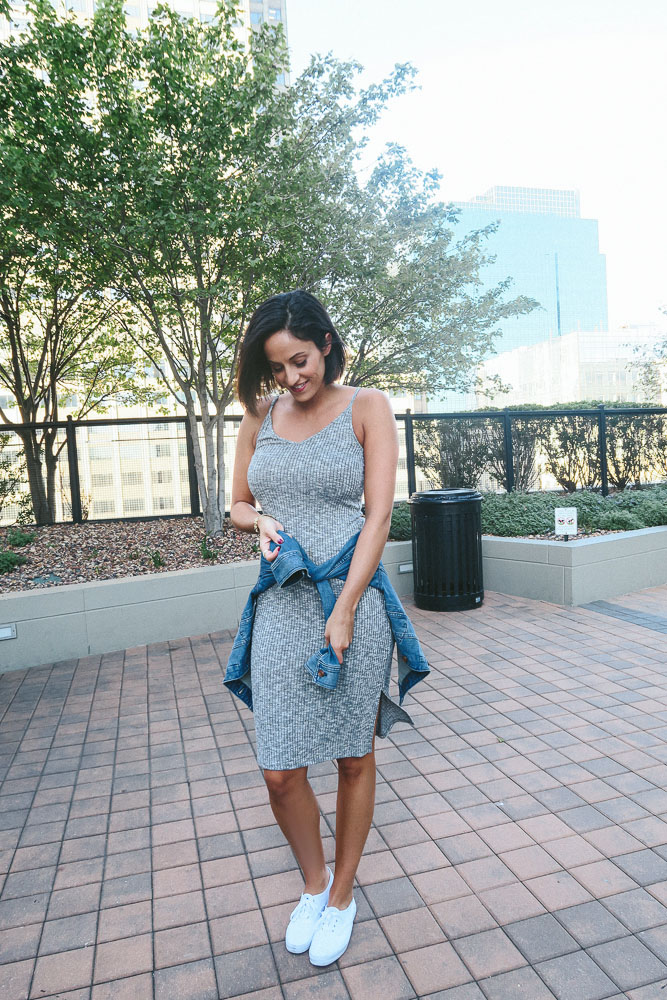 want to wear a close-fitting dressing but had fries at lunch? that time of the month and feeling the bloat?

here’s my secret: tie a chambray shirt, flannel or denim jacket around your waist and voila: trouble spots covered up! and you know I love this strapless bra. it comes with attachable straps (so you can wear it as a normal bra or a convertible – i.e. racerback) and I often wear it as my everyday bra, it’s so supportive and flattering. I love this dress, I feel like I’m home in my pajamas, but I still feel chic. it’s a great casual brunch outfit or even for working from home – you’ll feel put together instantly! I can’t wait to wear it in the colder fall with a long sleeve turtleneck underneath! 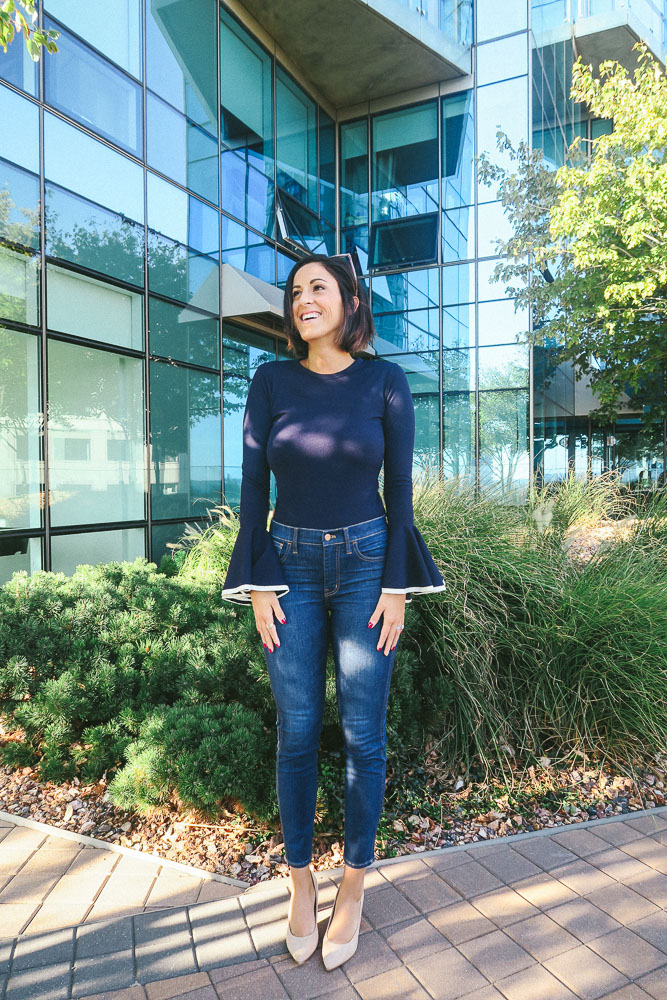 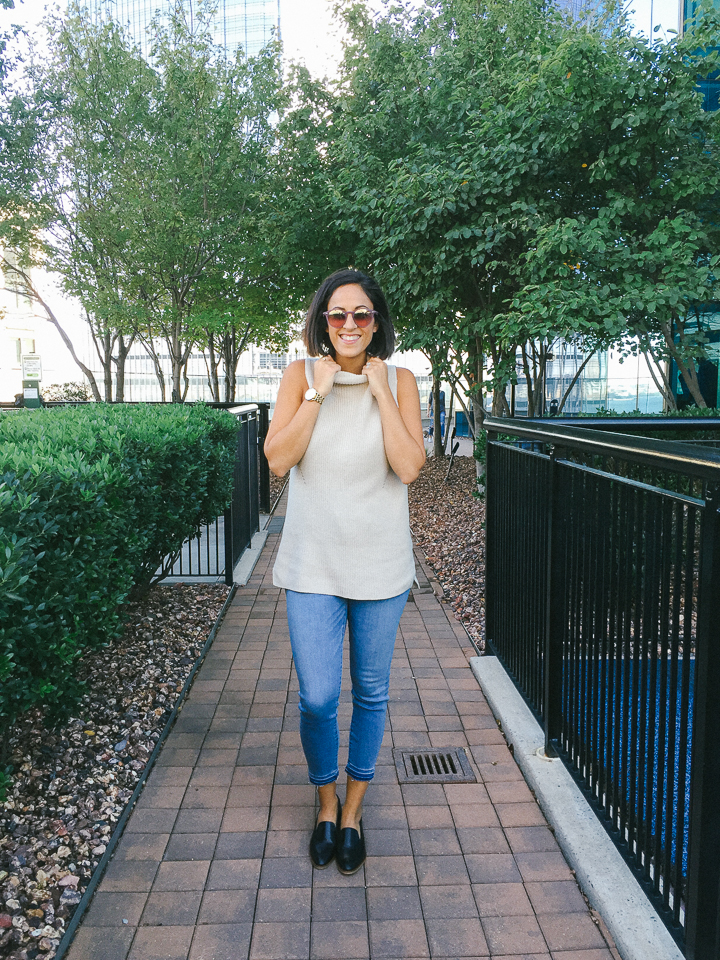 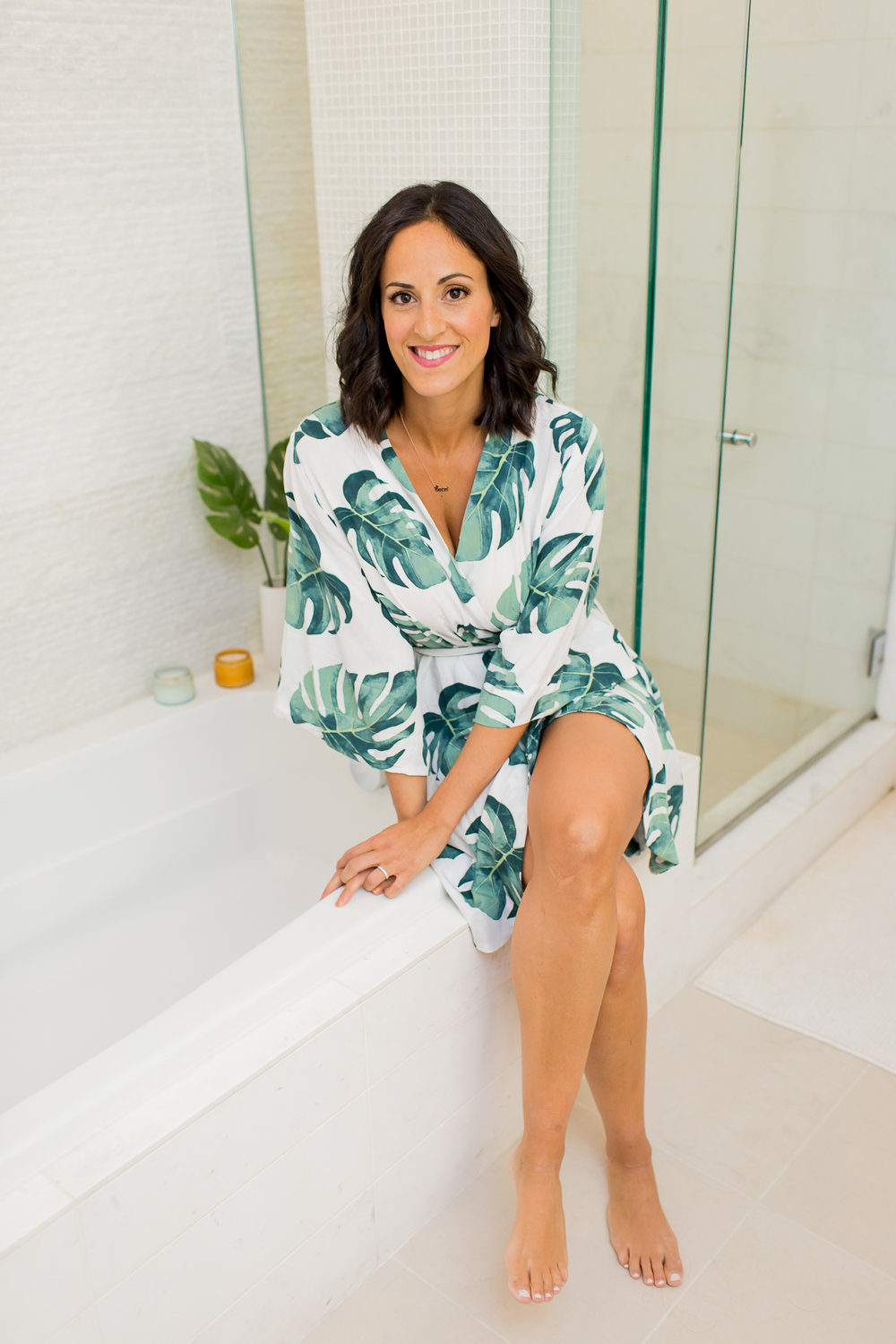