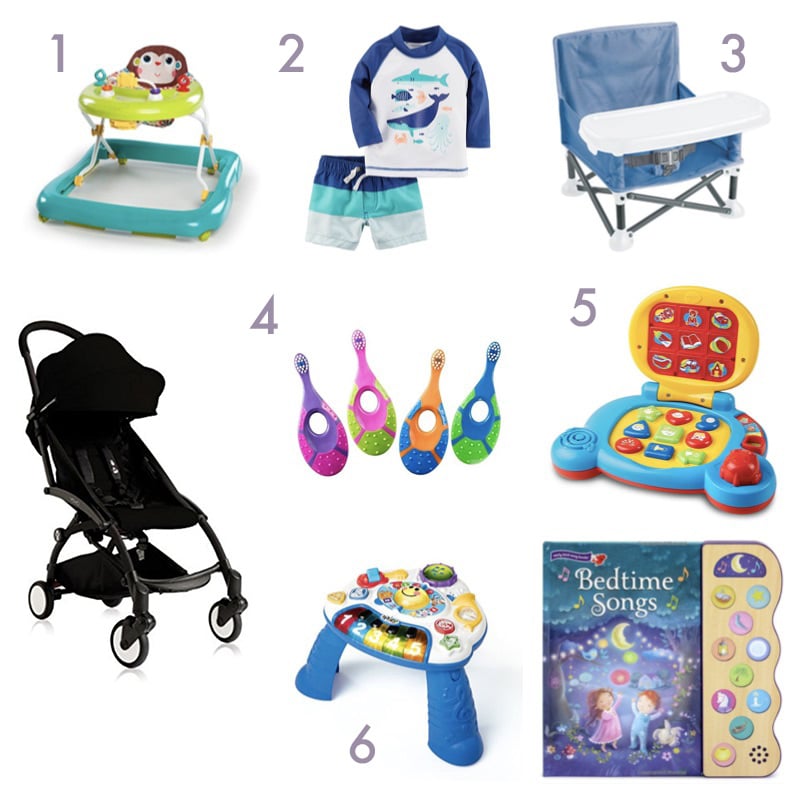 month 8 of the BABY FAVORITES series. things that my baby (and me!) are loving at this stage.  for this series, I’m going to list the things that made month EIGHT great!

and of course, you can check out newborn favorites, month 4, month 5, month 6, and month 7.

1. Baby walker: Luca isn’t totally into this, but he definitely gets around in it! I put him in it mainly when I’m cooking in the kitchen, so I can be hands free. sometimes he whines, sometimes he loves it. but, it helps mama, so it made the list!

2. Rash guard swimwear: now that it’s officially summer, I got Luca some proper swimwear – and the long sleeve rash guards are best. Love how easy it is to get on and off with the shorts, too.

3. Booster seat: we first got this for our Bahamas vacation, but we quickly realized it’s great for bringing to the park for picnic eating! Luca loves this chair and it’s easy to clean.

4. Toothbrush: now that he officially has teeth (four, to be exact!), we had to get real toothbrushes! we love these, they’re easy to use.

5. Baby’s first laptop: maybe because he sees me on my laptop a lot, who knows, but he loves opening and closing this laptop! it’s cute to see him do it.

6. Activity table: Luca started standing confidently in his eighth month and this was KEY. it helped him with balance, and he would stay at it for a long time, touching all the buttons and playing.

7. Bedtime songs: we started really committing to reading books before bed, and I’ve noticed that Luca likes the routine – and it’s easy to tell now when he’s totally ready for bed (he starts fidgeting after a couple books, because he’s finally tired and ready.) we love this because we can sing along with him.

8. BabyZen YOYO stroller: WOW. what an amazing product! this is great for airplane travel or quick trips where you don’t need a lot of your typical stuff. it’s so light, compact, moves well, and if you’re traveling, it can be put in an overhead bin!

hope you picked up a few ideas for your little ones! 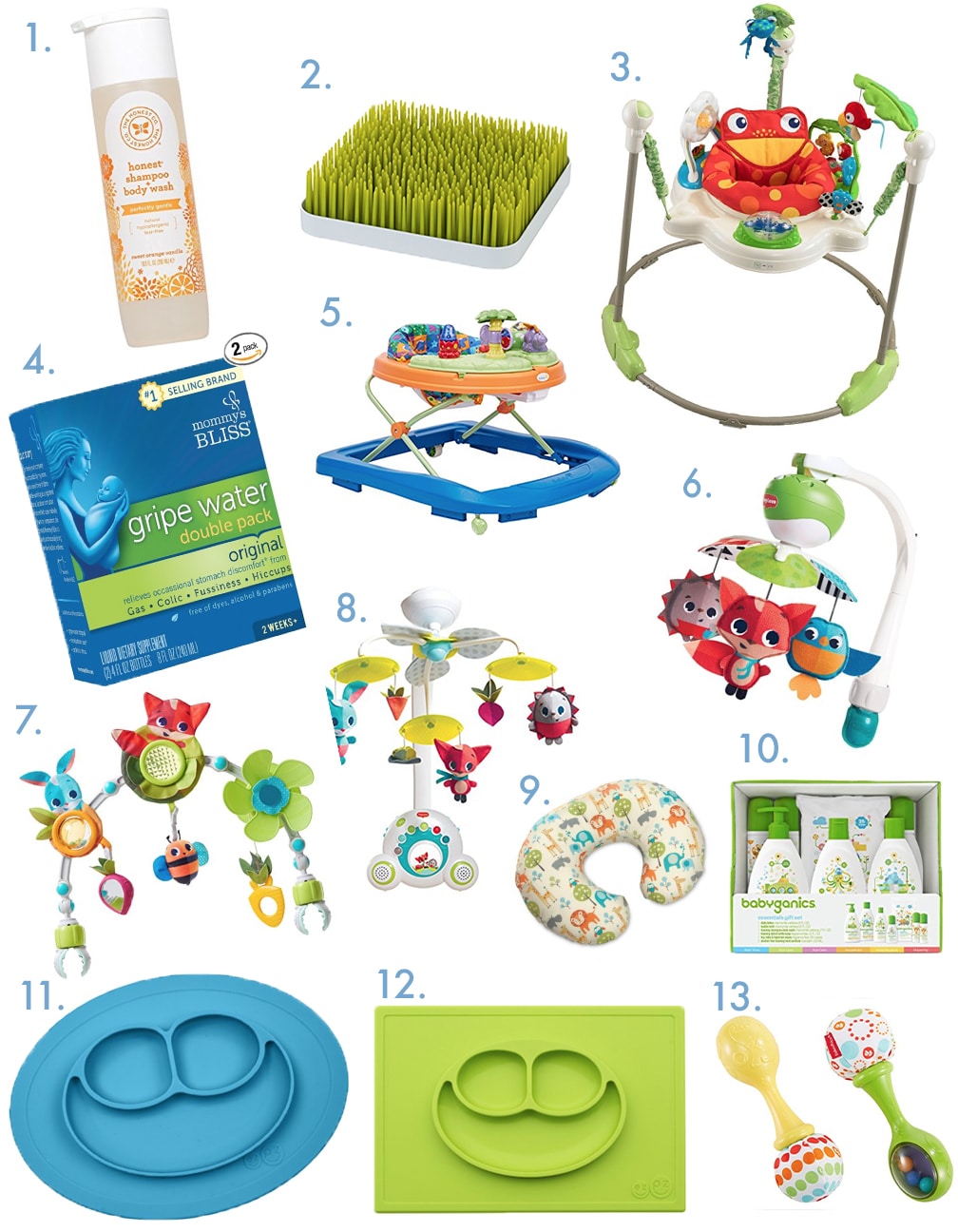 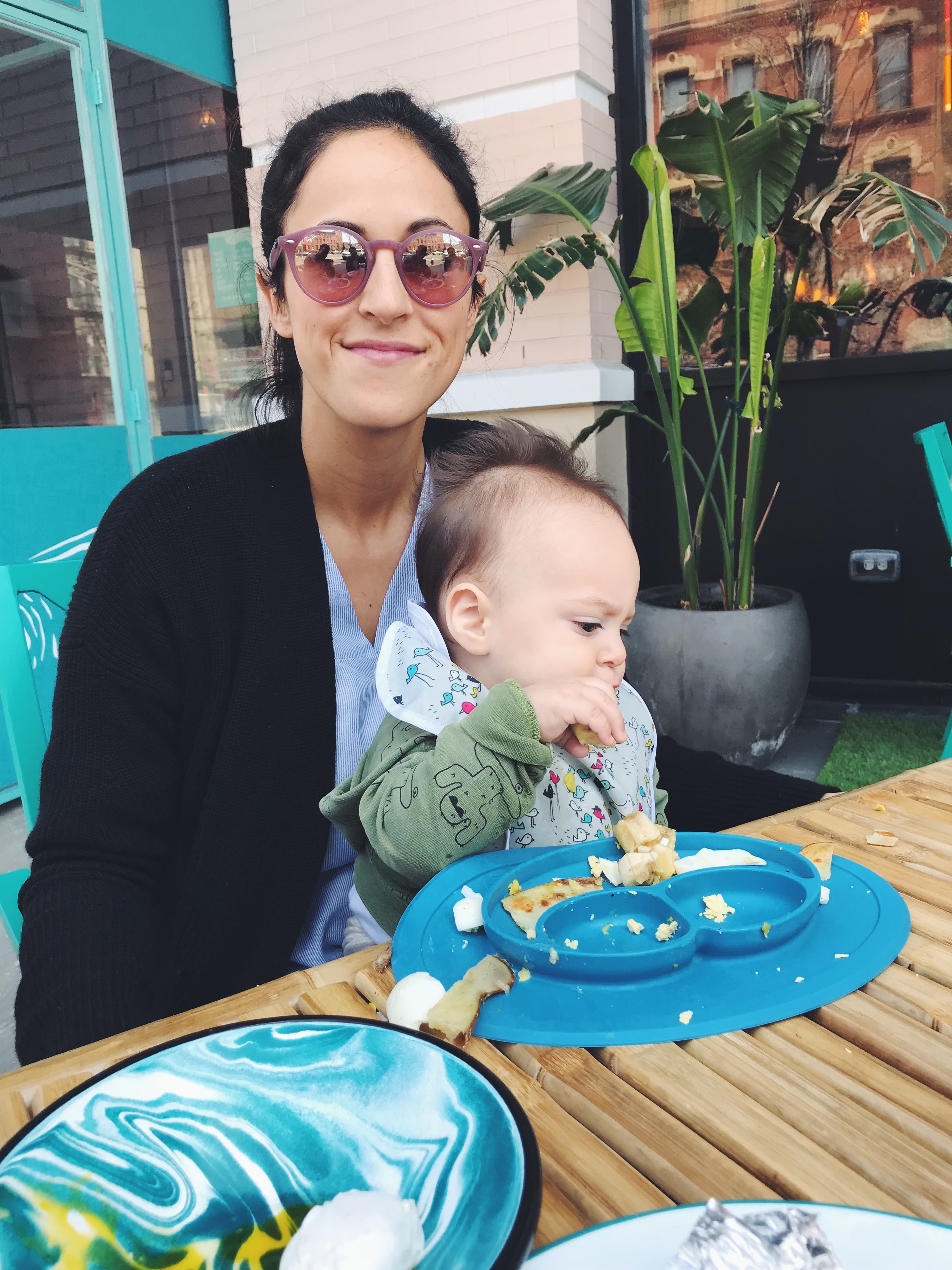 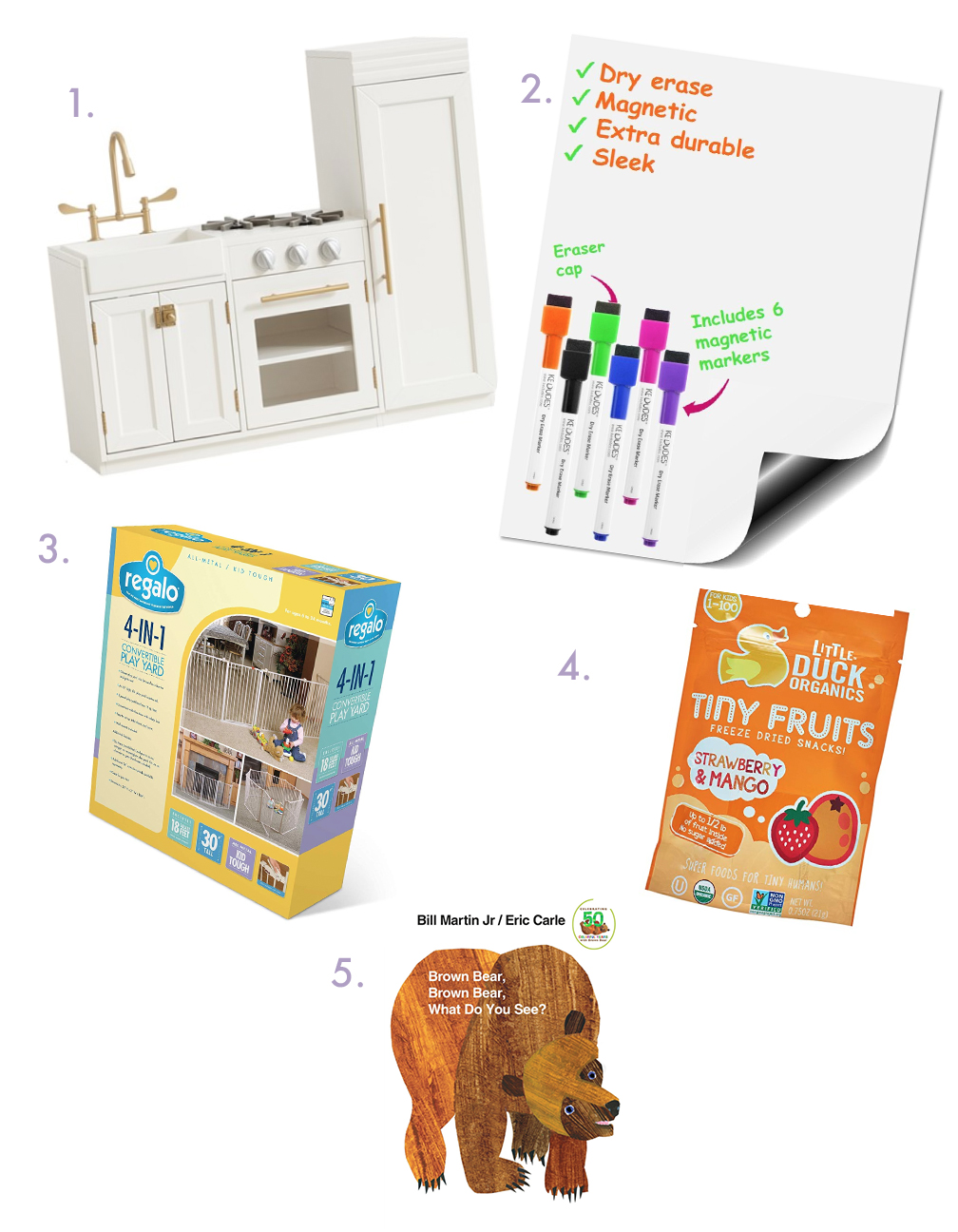 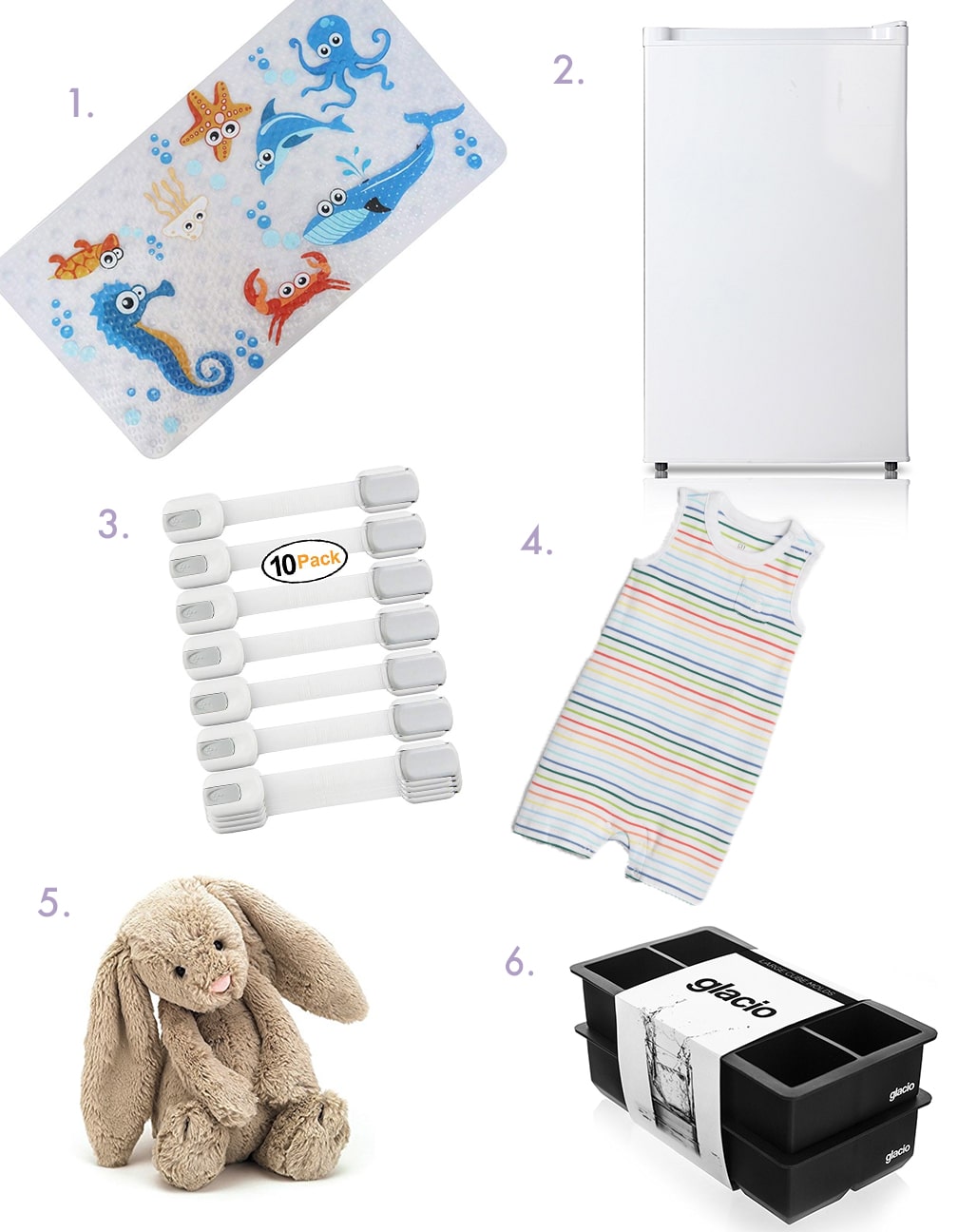 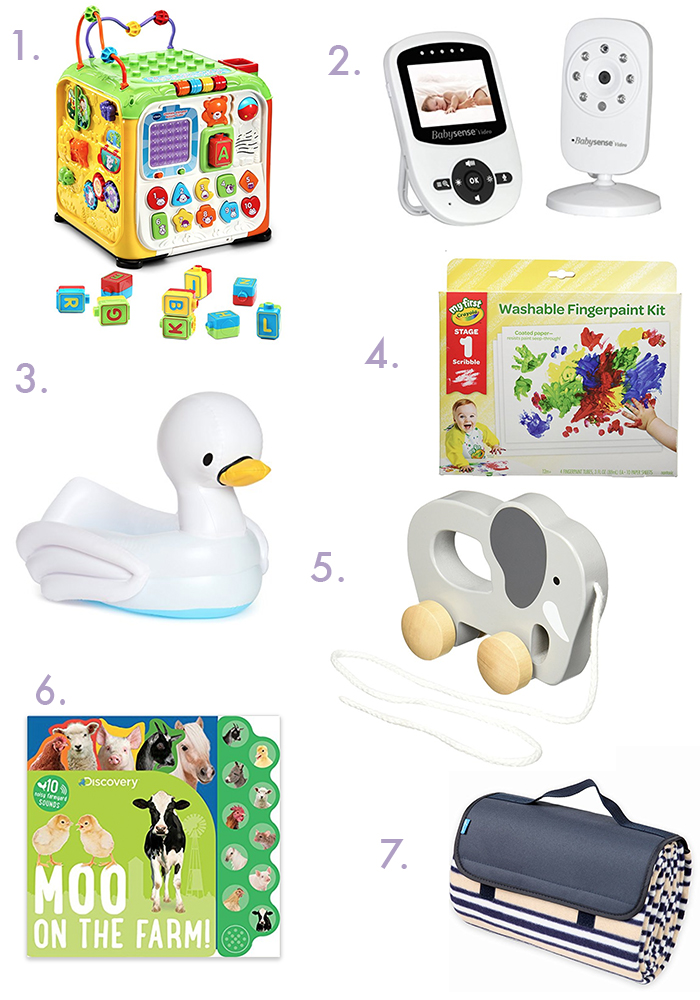