The final checklist: preparing for the baby! 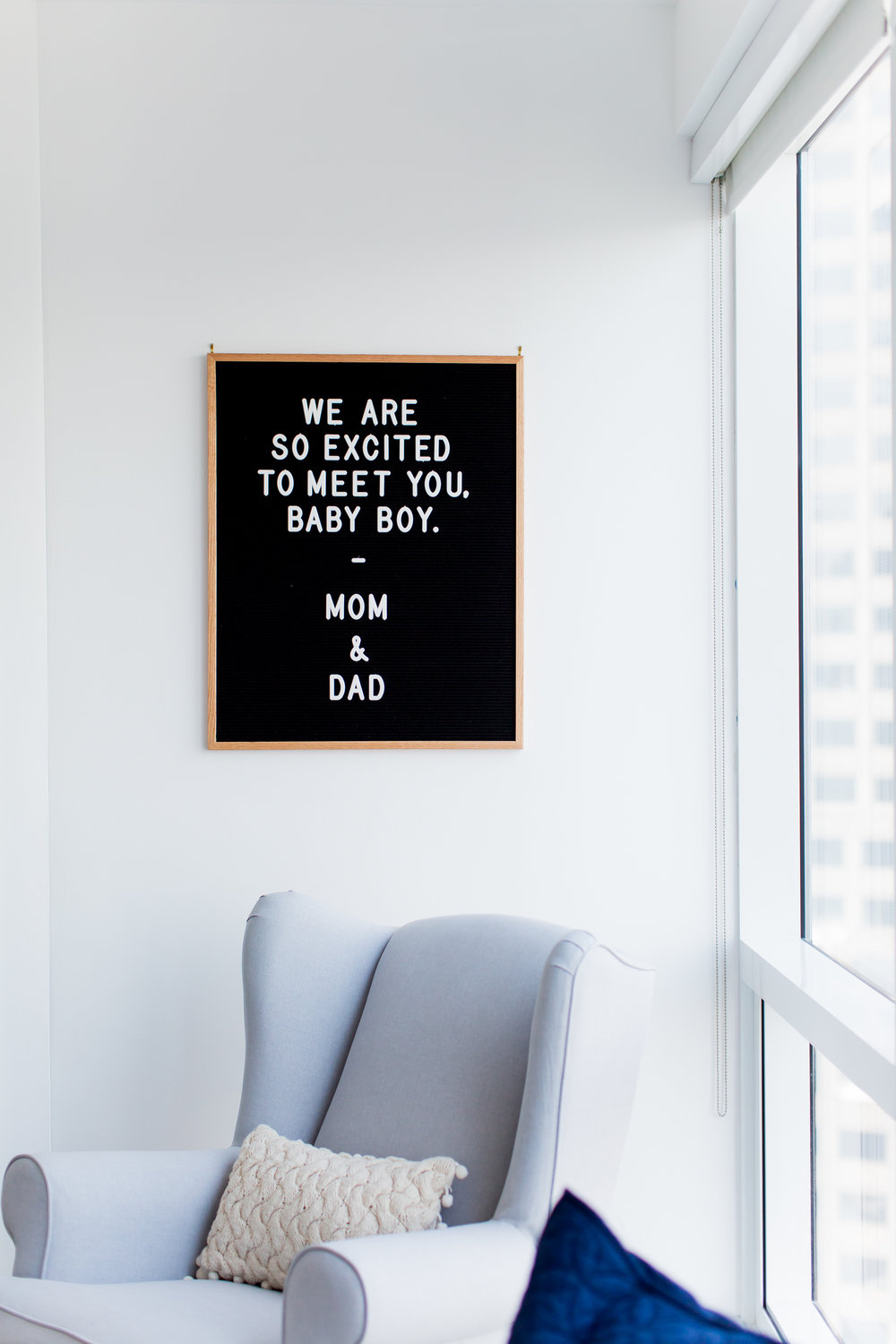 I can’t even believe I just typed the words “the final checklist.” It really seems like yesterday that I was patiently awaiting a baby bump. I remember being 9 weeks so vividly, thinking, “I just want a cute little bump!”

and now, fully bump-ed out, I’m saying, “there’s only 4 weeks left!!” I’m officially 36 weeks pregnant (as of yesterday) and starting the final preparations for the baby’s arrival. starting around this time, anything can really happen (well, anything can happen at any point) and I want to be totally prepared.

this is actually not very like me. I’m the girl who packs the morning of her flight and is 15 minutes late EVERYWHERE. maybe nesting truly is a real thing! I don’t know what it is, but all I can think about is getting READY.

I love lists and so I’ve kept one for baby preparations and I figured I’d share it with all of you fellow expectant mamas! I started the list about 2 weeks ago, so 6 weeks out:

The hospital bag just needs some scratch mitts for the baby, and our birth plan (see below) and it’ll be 100% packed. I’m doing a post on this next week, so stay tuned! basically, at 36 weeks, the bag is packed!

My last prenatal course was yesterday and it was a breastfeeding class. I have to say, all of these classes have been so, so helpful – helpful from an informational/educational perspective and helpful to calm Lu and I down, because now, we know more what to expect. if people discourage you from taking classes, let me tell you this: don’t listen to them, listen to me! haha, but seriously, these classes have been invaluable. even if I don’t use any of the information I learned (which I highly doubt will happen), at the very least, it has brought me piece of mind. except for the breastfeeding class, I did all of these with Lu! here are the classes we’ve taken:

There were really only two pediatricians we were considering, and one of them holds Open Houses once a month, so we decided to go to that open house (last Saturday) and check the office/doctor out. It was great, it was a room of about 20-25 people who asked the doctor questions about her philosophies/practices with child-rearing. we LOVED her and decided we didn’t even need to schedule a visit with the other pediatrician, especially because this one is a 5-7 minute walk away from our apartment.

We had been doing this as we received everything, but there was still a little pile that had built up. We are using Babyganics detergent right now and love it – we’ll see how it affects the little one’s skin once he arrives! After we clean everything, we put it where it belongs!

Booking tours at a NYC hospital needs to be done MONTHS in advance, it’s crazy. we looked too late and everything was booked up until October, but LUCKILY our amazing doctor took us on a private tour, which was much better anyway – we got to ask her as many questions as we wanted to!

Stock the house with all our toiletries, cleaning supplies, etc

I don’t want to go to finally take a shower and be out of shampoo! SO, I placed a massive Amazon.com order and stocked up on doubles of everything: toilet paper, paper towels, body wash, loofahs, etc. I even made sure my makeup (even though I doubt I’ll be putting much of that on in the beginning) is stocked.

There are also some things that previous mamas have recommended stocking the house with, such as feminine cold-packs. It’s scary to think I’ll need those, but I have them!

I eat a date a day, just because I love dates so much – I usually have one with my raw nut mix that I have everyday. but studies have shown that apparently eating 4-6 dates a day can help ease ands peed up labor? who the heck knows, but anything that tastes delicious and may help labor, I’m going to give a try!

We’re planning on doing this in 2 weeks (right around 37/38 weeks!) and we’re planning on bringing the car to the local hospital to make sure it’s installed properly. we have an Uppababy stroller and got the matching Mesa car seat.

I am going to hopefully have the time to do a full post on this also, but in about 2 weeks, I’m going to start stocking the freezer with some of our favorite meals so Lu can help reheat those dishes for dinner. luckily, my mother is going to be staying with us for the first couple of weeks and she’s an amazing, healthy cook, so I won’t have to do too much (and she’ll stock our freezer hopefully before she leaves, haha!), but there are definitely a few essentials I want to have in there, like my favorite chili, my turkey meat sauce, and a bunch of roasted veggies.

Print out a birth plan

I don’t have a full-fledged birth plan or anything, but there are certain things I want the nurses to know the moment I arrive. for instance, I want them to delay clipping the umbilical cord, I want to immediately have skin time with the baby, I don’t want them to clean the baby off right away, etc etc. I’m going into this experience totally open-minded and just dedicated to coming home with a healthy baby, so whatever that takes, I’m open to it, but I think it’s good to have what you’d IDEALLY like to happen written out, so that if you are out of it or are just too tired to communicate, at least there’s a sheet that has that information on it.

Take a maternity photoshoot with Lu

We’re planning on having that done either this weekend or next! just a quick photoshoot to have some photos of Lu and I with the baby while he’s still in my belly.

Lu’s on this! Well, I’m going to micro-manage it, but he’s on it. I want relaxing, calm music of course. I’ll share the playlist from Spotify once it’s made!

Schedule out the blog and tie up loose ends with Inspiralized

This is what I’m currently working on for Inspiralized. I’m in the midst of my third cookbook, so I still have LOTS of editing and work to do, but I’m slowly getting it done and pacing myself to be done with everything 1.5 weeks before my due date. I want to just CHILL for that last week or two. my mom is going to be in town and I can’t wait to just spend time with her, get mani-pedis, and hang out.

Take care of myself

As I just mentioned in the point above, at one point, I just want to CHILL out. I don’t want to be waking up at 6:30am to workout everyday and then having a full 10 hour workday every single day leading up to this little one’s arrival. I want to be REFRESHED AF by the time the baby gets here, so I’ll have some gas in my tank. that’s why I’m hoping to be done with work 1.5 to ideally 2 weeks ahead of time and then I’ll kind of sign off work-wise and just do things that relax me – exercise, cook, spend time with my mom, nap (gosh, I haven’t napped in months!), get massages and manis and pedis, read, and just relax.

Am I missing anything? what are you doing to prepare for the baby? 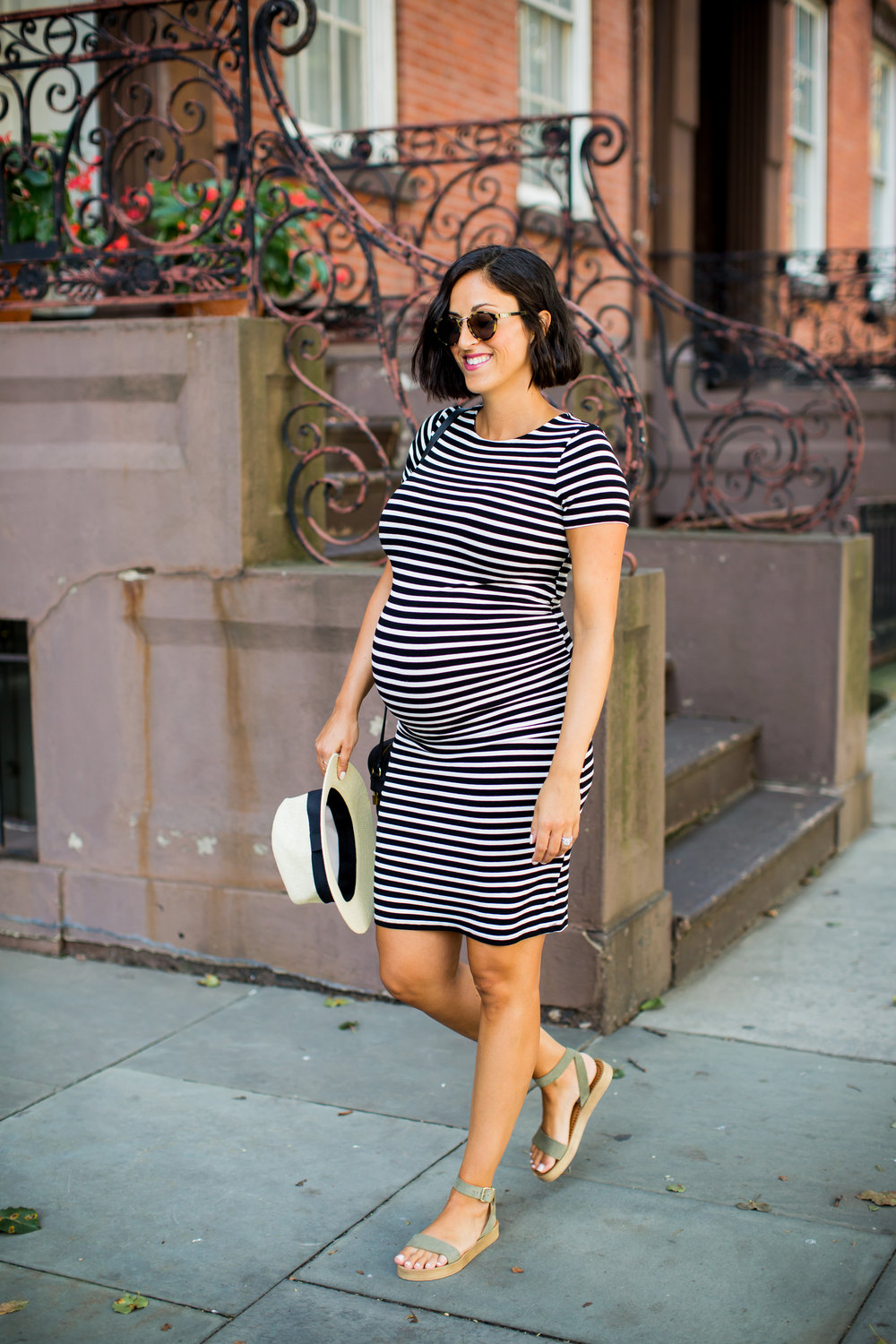 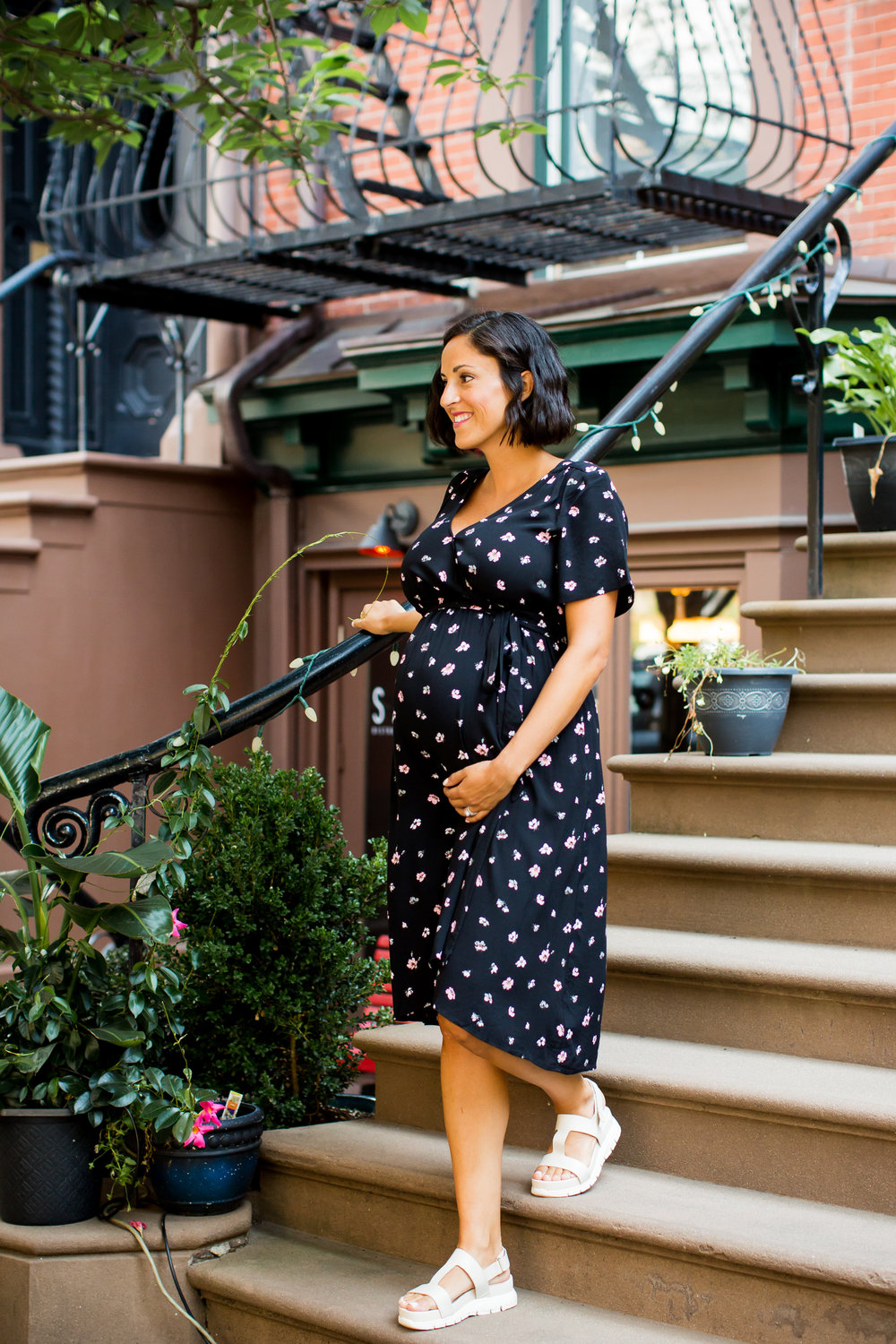 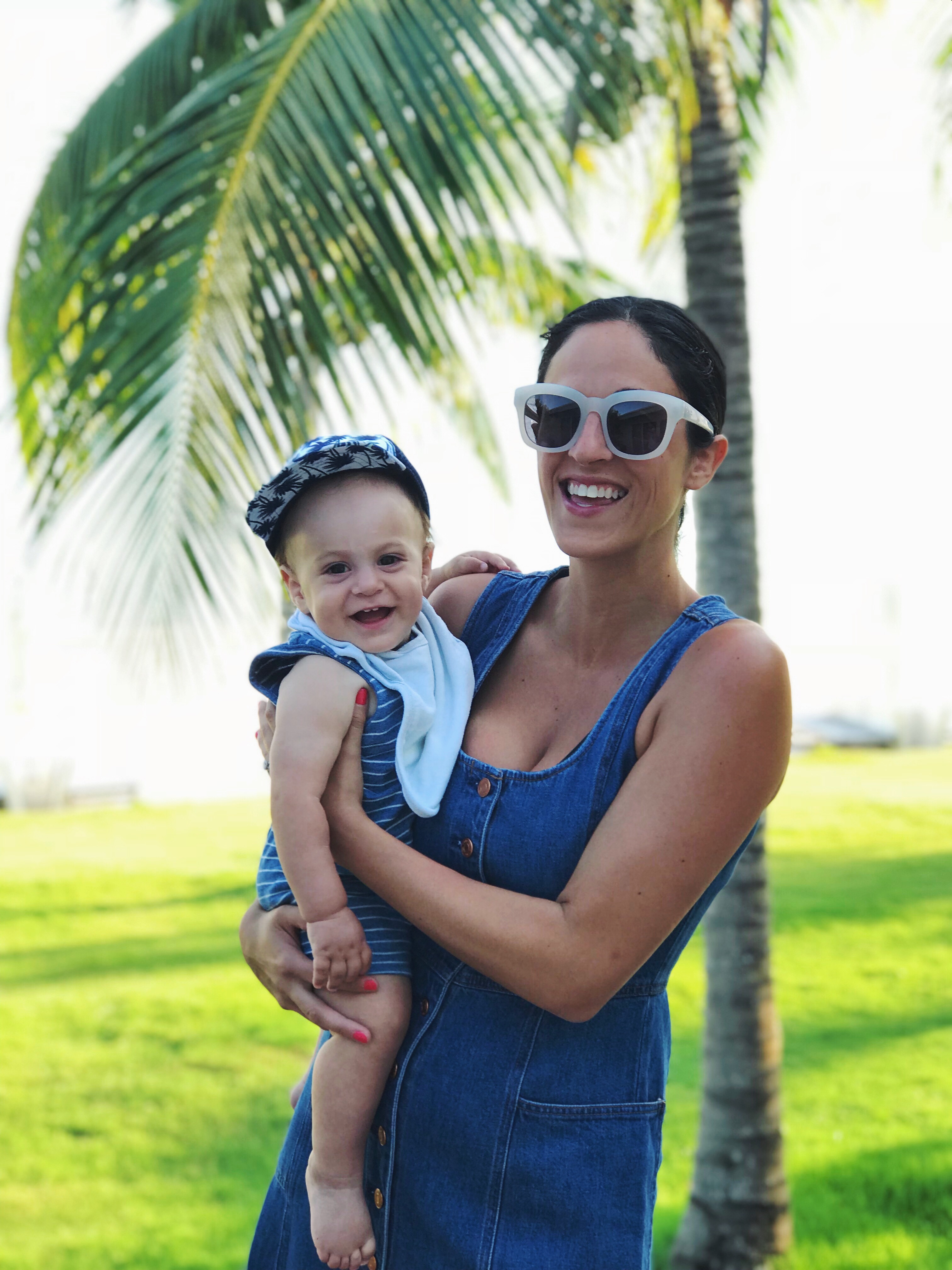 What to pack for a beach vacation with a baby 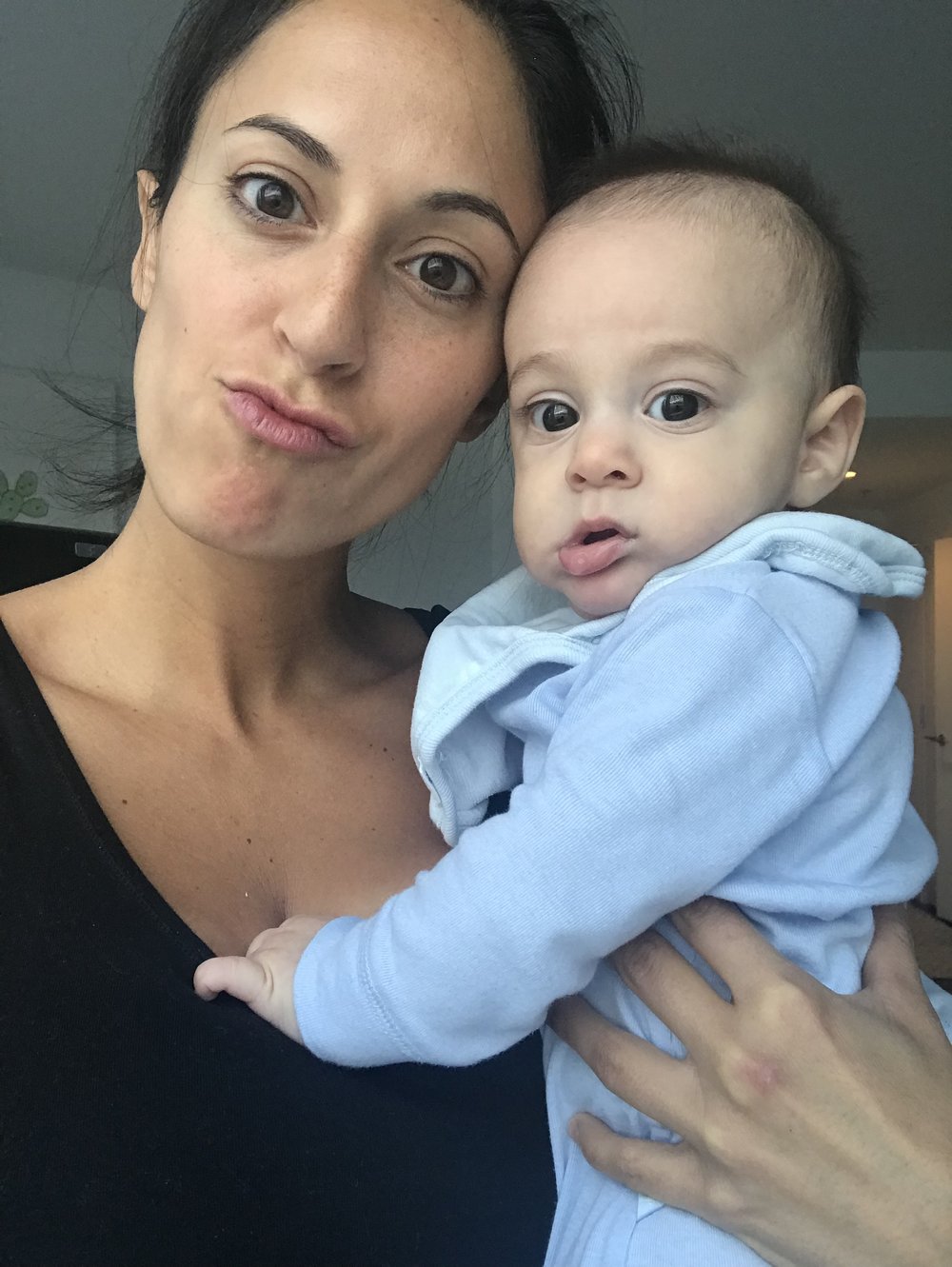 why we decided to (finally) get a nanny 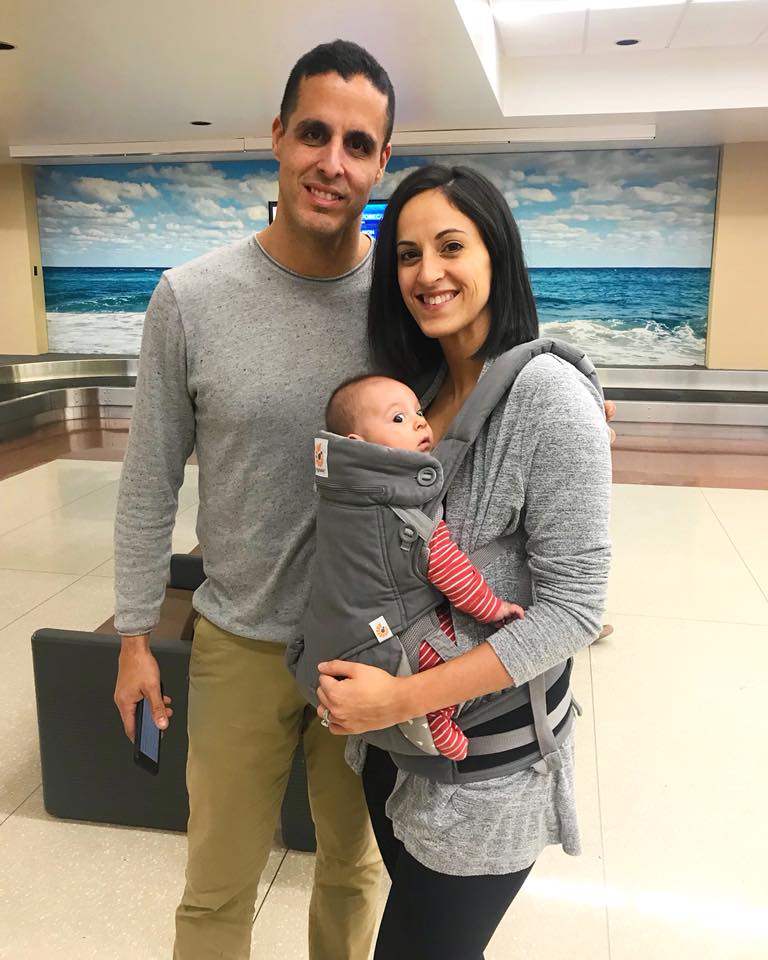